DVD's Available at our Monthly Meetings 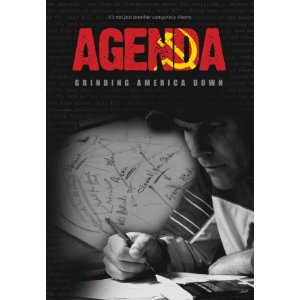 When Idaho Legislator Curtis Bowers wrote a "letter to the editor" about the drastic changes in America's culture, it became the feature story on the evening news, people protested at the Capitol, and for weeks the local newspapers were filled with responses. He realized then... he'd hit on something. Ask almost anyone and you'll hear, "Communism is dead! The Berlin Wall came down." Thought the word communism isn't used anymore, this film will show the ideas behind it are alive and well. Join Bowers for a fascinating look at the people and groups that have successfully targeted America's morality and freedom in their  effort to grind America down. It's a well documented AGENDA. $10.00

Get the full chart shown in the movie that shows all the connections that are rooted in communistic ideology and how these ideas have been intentionally woven into the fabric of our society.

Poster includes both charts featured in AGENDA which trace the connections between the people, groups, and institutions of influence. $5.00 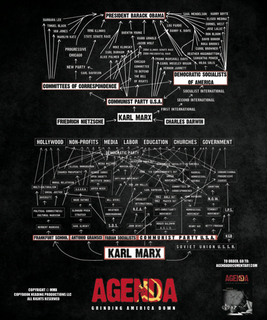 Existing discussions that have not been assigned a category.